From Royals to Rebels

Churches Reveal Tales of the Unexpected for Yorkshire Medieval Festival 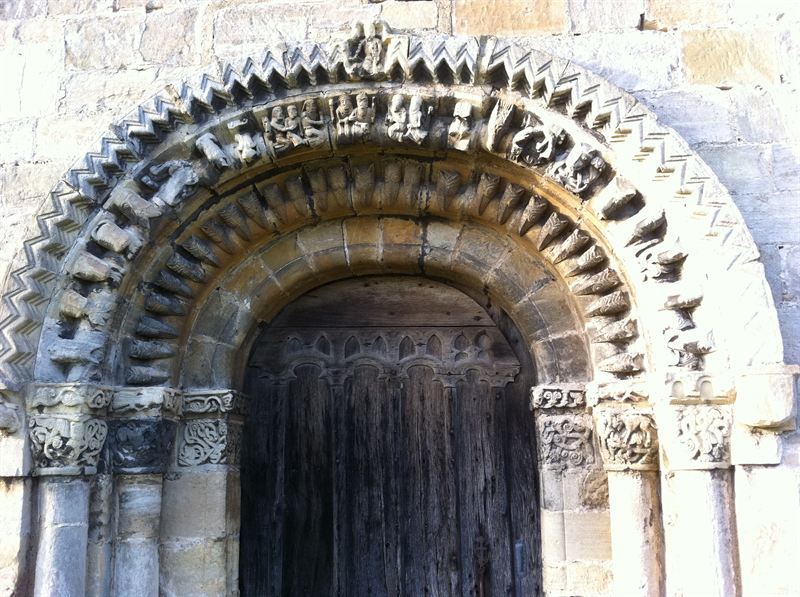 From royals to rebels, seven of Yorkshire’s most beautiful churches will be exploring hidden histories, ancient crafts, and unexplained mysteries this August during the Yorkshire Medieval Festival 2014. ‘Church Explorers’ is an exclusive and free series of walks, tours, and hands-on activity days, which reveals a more colourful side to the area’s medieval heritage.

Taking place in churches from Selby to Sheriff Hutton, Church Explorers is a partnership between a number of local churches from the Churches Conservation Trust and the JORVIK Group, organisers of the annual Medieval Festival, now in its third year, and also the annual JORVIK Viking Festival.

“Although many of these churches are in rural locations, don’t be fooled into thinking that they had quiet pasts,” says Danielle Daglan, festival director. “In the Middle Ages, this area of Yorkshire was often caught in the turbulent epicentre of national power-politics, but it was also vibrant with art and crafts. As medieval churches were at the heart of community life, they eloquently reveal how history made its mark on real people.”

Karen Banks, organiser of Selby Abbey’s Family Day on Wednesday 27 th August, adds, “Churches were a thriving part of daily life in the Middle Ages, and people’s lives are written into their records, art and architecture, making them treasure troves for historians – much of our heritage might have been lost without them. More importantly, as the living heart of their local communities today, churches provide a unique continuity with the people of the past. Church Explorers will open the door to this outstanding and unexpected heritage.”

The churches involved are:

The Yorkshire Medieval Festival 2014 kicks off in Rowntree Park, York on 2-3 August with Medieval Merriment, an extravaganza of knightly combat, living history, and merry medieval mayhem. The full 4-week festival brings together medieval-themed events, activities, talks and tours at various locations in York and the surrounding area, including Pontefract and Knaresborough, celebrating the 500-year period from the Norman invasion until the demise of Richard III and the start of the Tudor era.

“Alongside the packed programme of events, we’d encourage visitors to pop into some of the medieval attractions that are open in York, from Barley Hall – which was home to a wealthy merchant – to the new Richard III and Henry VII Experiences in the city’s Micklegate and Monk Bars,” adds Danielle.

A full listing is available on www.yorkshire-medieval-festival.com.   All Church Explorers events are free-of-charge, but pre-booking may be required.